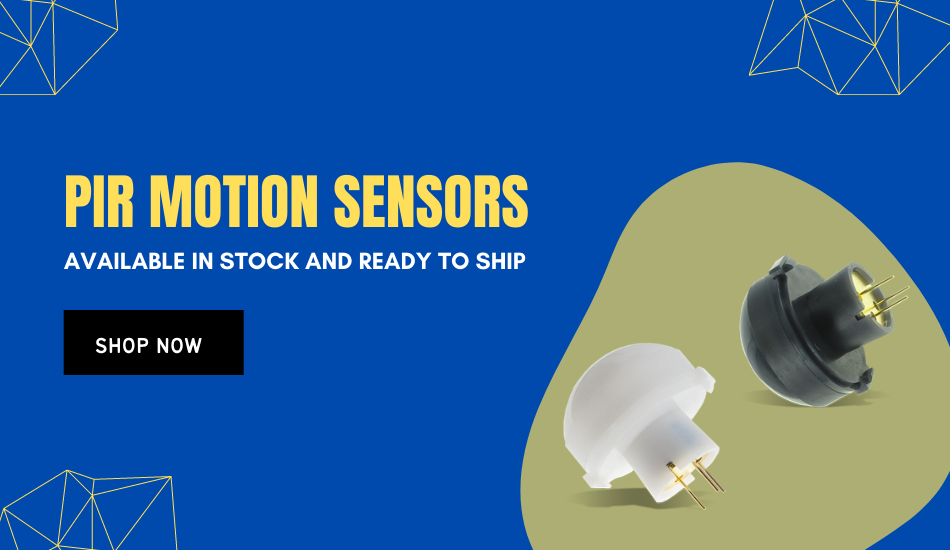 The passive infrared sensor or PIR sensors are an amazing way to detect intrusion in no-entry zones and private properties. Along with homes and buildings, these are also used in security and surveillance cameras to ensure the utmost safety for the residents.

In this article, we are explaining the PIR Sensors and how they can be more advantageous if placed strategically and hope this can help you understand PIRs better!

What is the Detection Range of PIR Motion Sensors?

The PIR motion sensors can easily be installed in areas or projects that need to detect humans or movement in a certain range. There is a wide range of PIRs to be used in particular applications and projects.

The PIR sensors for indoor applications have a detection range from 25cm to 20m. By using such a small detection range sensor you can make sure that even the slightest motion is not left unseen and is properly communicated leaving no room for error.

The PIR sensors for outdoor applications have a detection area ranging from 10m to 150m. Such a wide range will help you in applications like warehouse monitoring and security cameras. The PIR Sensors are equipped with powerful functions and are quite low-cost adding to their advantages. 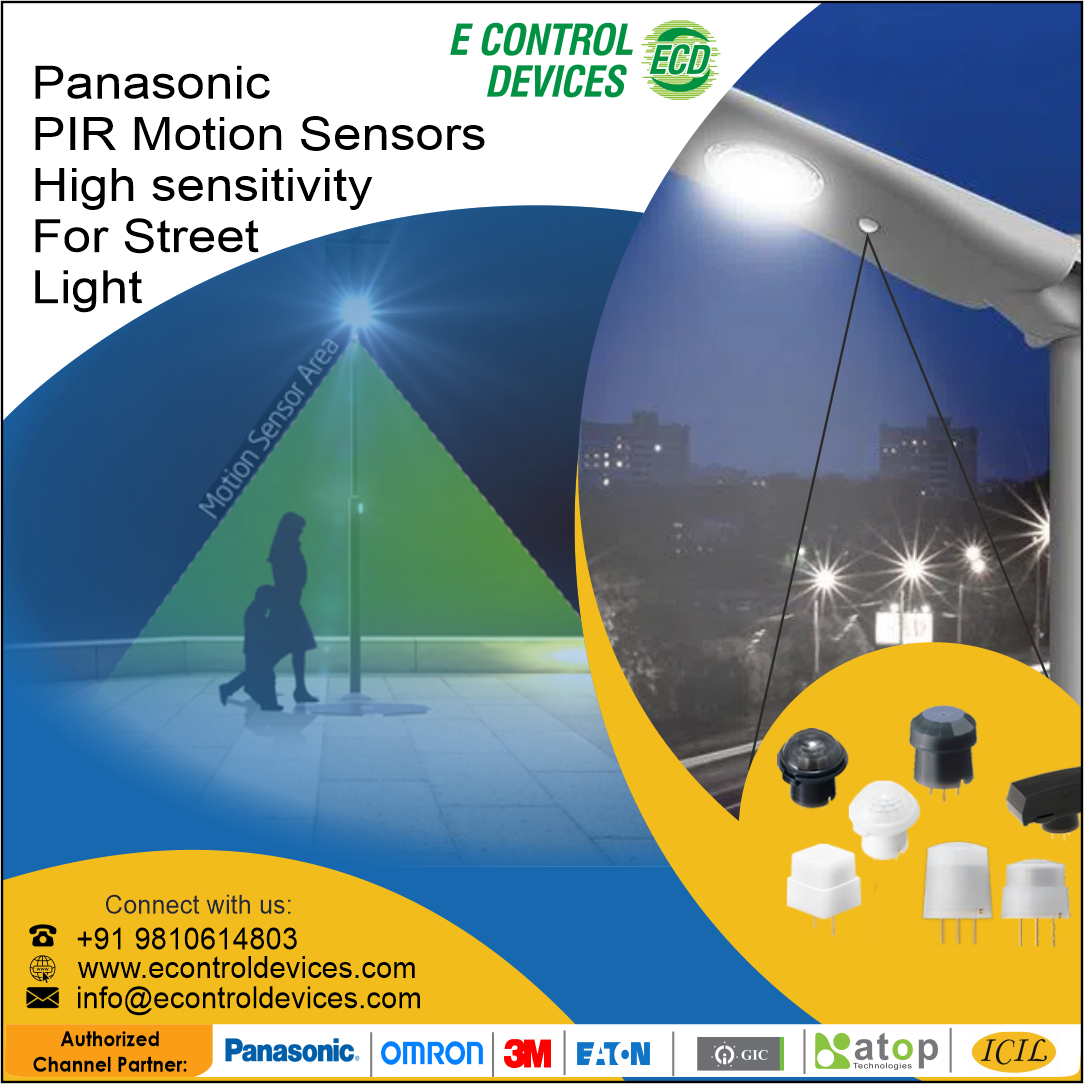 How do PIR Sensors Work?

The PIR motion sensors detect infrared waves to determine movement from the object. It has a sensitive pyroelectric material and has two slots. Once the object is in the detection range, it will pass through both slots one by one and a positive differential change is caused between the two halves the moment it passes the first slot of the sensor.

When the object gets out of the detection range, a negative differential change happens between the slots. The changes in the number of pulses and radiation indicate motion within the detection zone. 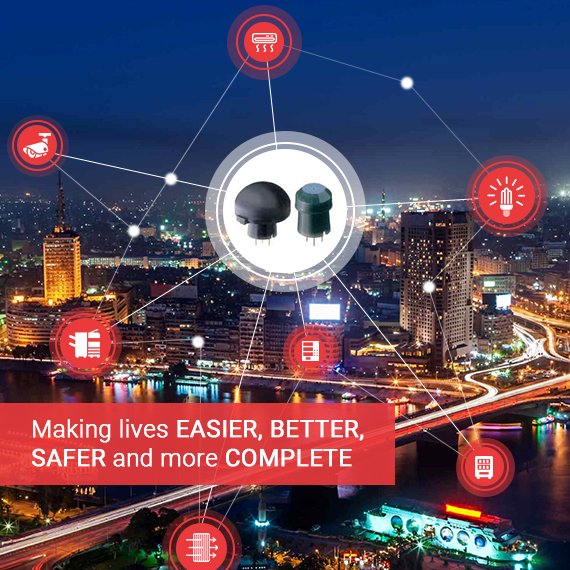 We all know the working of PIR motion sensors but it is more important to understand where they should be placed ideally to provide accurate and reliable results. If the PIR sensors are not placed in good spots there might be failure or wrong detection.

The ideal and strategic places will enable your motion sensors to detect with utmost accuracy and deliver reliable results. It will allow you to cover a larger area with fewer sensors, saving you time and money.

Let’s see some good placement options for PIR sensors and the impact they will leave:

You must be aware of the areas where the highest footfall happens; these are the places where everyone walks through. If they can find such spots they will make a great location for motion sensors.

Think of it like you are observing a large room and you choose a corner to get the entire room in your peripheral vision.

The PIR motion sensors also work similarly, they also need to be in a corner to get the entire room in their field of detection. It might be a corner that will give you a wider view and broaden one’s horizon.

If you are installing the motion sensor at a height then putting it too high like on the ceiling of a taller room might be a bad idea. If the height is more than six to eight feet then it can lead to blind spots.

To cover your doorway this is the best place to install your PIR motions sensor-enabled camera or security device. You can also keep it away from being in the direct vision of intruders’.

The little exhaust places like windows and doors can be the primary entry points for intruders who want to avoid being detected. The motion sensors work perfectly in basements as the basements have wider areas without minimum hurdles and view blockades.

Another ideal place can be right behind the valuable items, upon removal of that object the intruder is in direct contact with the sensor.

The only disadvantage of this place is that the sensor is practically blind unless the object is moved. But again if the item is quite expensive then this will work.

There are some bad placements also for PIR sensors like putting them behind something or a large blockade. The wrong installation places not only hamper the accurate detection but sometimes give a false alarm and also leave room for errors. We have listed such bad places to install a PIR sensor:

Behind FURNITURE or Statues

The PIR motion sensors need to be in the direction from where the object might enter or it’s better if it passes through it rather than coming towards the sensor. If you place it behind some tall item like a furniture or statue the infrared detection will not work properly.

Remember to place it far from a wall or near entertainment like big tv screens, wardrobes, or large pieces of furniture.

Near a Heat Source

The PIRs detect infrared by sensing the sudden changes in temperature and placing them near a heat source like a fireplace or chimney might be the wrong idea.

Similarly, the heating vents, radiator, oven, light fixtures where a sudden increase in temperature is possible, can lead to false alarms. Also, keep the sensors away from direct sunlight as well.

We have already established that the object needs to intercept the infrared emitted from the source in the motion sensor rather than coming towards it. The placement across the door might add up to the wrong places to install a motion sensor.

Let’s go through why a motion sensor can be advantageous for your home and family:

The PIR motion sensors are like additional eyes looking out for you. These are used in security cameras to provide better and safer living spaces to people.

These enable you to monitor remotely the places you can’t see all the time. And to do so it’s equally important to place the sensors in the right places. Also, make sure that the sensor has a clear field of vision.