All About Power Management IC – PMIC 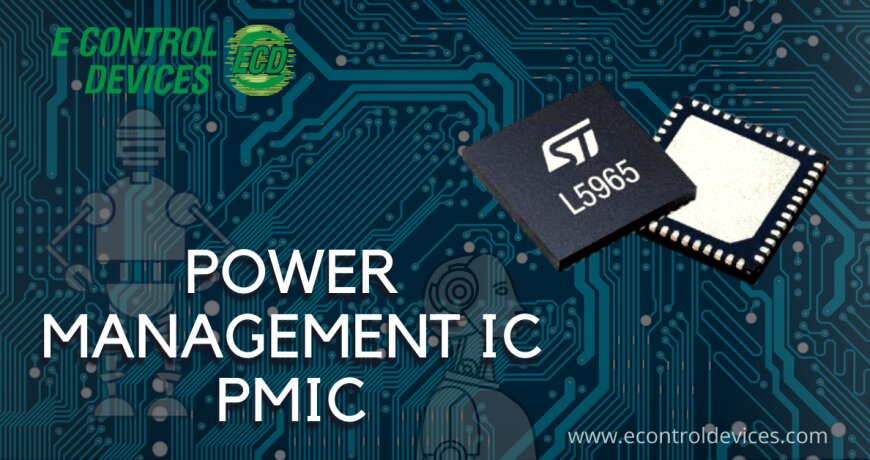 In most multi-rail systems, sequencing and relative timing of power-up or power-down for each supply rail are done by a specialized sequencer function, which can be implemented as part of a Power Management IC (PMIC) or a dedicated sequencer IC.

Either way, the DC regulator that provides those rails and the sequencing functions are generally separate entities. Even if they are part of the same IC—which they often are in high-volume applications—they operate independently of each other.

The DC regulators use all-analog or mixed-signal circuitry, whether they are LDOs or switchers. That’s the way most regulators have been for decades, admittedly with many enhancements to (and variants of) both topologies.

If they have a “digital” aspect, the use of digital control sets analog-loop parameters such as gain, response, output voltage, current limits, and similar ones via a PMBus or I2C interface. Once these factors are set in place, the regulator closed-loop operation is an analog function, and even when they are changed or updated via the control bus, the new operating model is still mostly analog.

Now we see tremendous interest and tangible growth in all-digital power regulation and many larger supplies (in the several hundred-watt ranges and above) are already using it for many reasons. Full digital-power control goes far beyond just setting analog loop parameters via a digital bus.

Instead, the actual closed-loop regulation function is implemented via digital circuitry, including a processor and embedded algorithms. In these supplies, the output voltage rail is digitized at high speed and compared via firmware to the desired value, which then issues commands to a loop DAC to adjust that output (taking many other factors into account, of course).

Sequencing is part of the embedded firmware’s many tasks.

The all-digital approach allows tailoring of the control and sequencing strategy to better match the operating conditions and allows the user to specify what tradeoffs are preferred at different points of operation: improved regulation, increased efficiency, lowest electrical noise, and more.

Even better, these priorities can be dynamically changed as needed. It’s the ultimate in flexibility with the ability to adjust as needs and priorities change—an engineer’s dream situation, in many cases.

After all, why commit when you can be flexible? Even the sequencing is an inherent part of the digital- control algorithm for the various rails, and so can also be flexible and adjusted as well. Given all these benefits and the inherent flexibility, there should be no hesitation in adopting digital power and sequencing.

But sometimes, as most of us know or have learned the hard way, too much of a good thing can be a potential problem. When almost everything in a design is software-driven and thus can be changed without too much pain, there are consequences when thinking about and executing the project:

The power-supply subsystem’s design and performance are one of the best places to make a firm design decision and then leave it alone. A solid, clean, low-noise, consistent supply is literally and figuratively a foundation for all the other subsystems in the design.

In contrast, a supply that has marginal performance or unusual dynamic characteristics can create problems that manifest themselves in inexplicable ways; often a supply-rail problem looks like a software bug.

Great responsibility is the complement to the great power (pun intended) and flexibility that digital power and sequencing offers. Use it wisely and only make changes with caution, and especially do not keep changing things just because you can.

Otherwise, the power subsystem will be yet another chameleon-like “loose end” with which the design team is trying to catch up, figure out what it is doing, and grasp the implications of the latest changes.