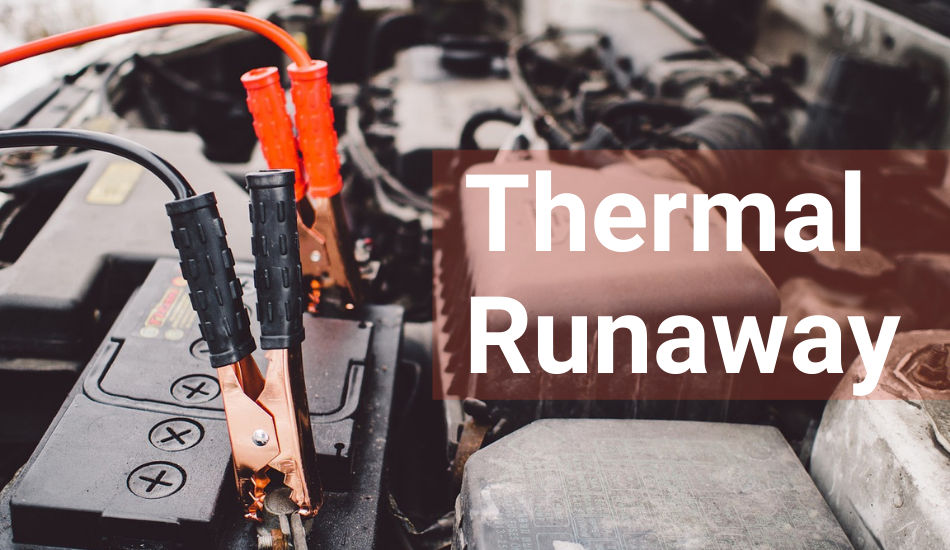 Have you ever experienced some melted parts that have joined together after melting inside a device or have you seen a battery that has leaked? If the answer is yes then you have experienced thermal runaway.

Now you may not be familiar with the term but this is a very common phenomenon!

What is Thermal Runaway? 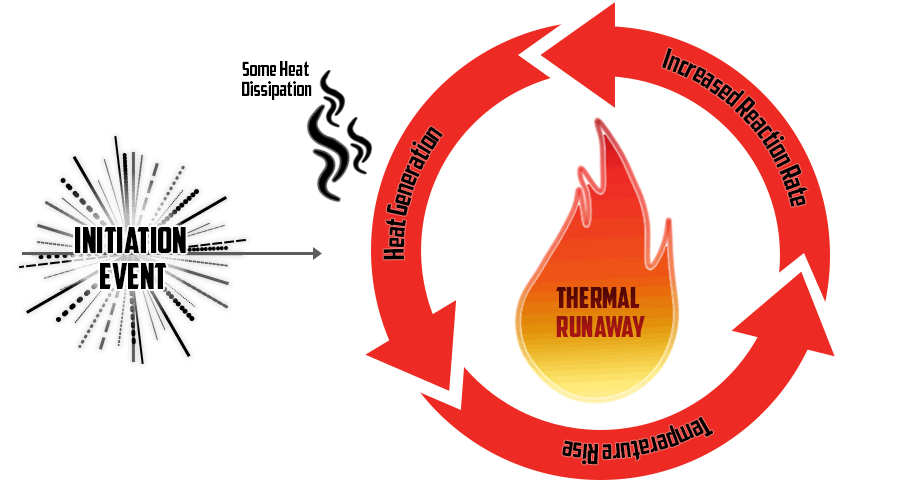 Thermal runaway is known as the situation when the heat generation is in a much higher amount than it can be dissipated. If this heat in excessive amounts is left the way it is then it can seriously damage the device and can be hazardous as well. The temperature of the battery will keep on rising from within that will raise the current making it hotter inside the battery. This creates a chain-like system where everything results in a high temperature of the battery.

The rise in temperature in a single battery will start to affect different batteries nearby, and if this pattern is kept on the continuum it will result in “thermal runaway.”

What occurs in the thermal runaway procedure?

In the thermal runaway procedure, the battery charger does not have any temperature control, and the functioning is also impaired. Thermal runaway is a high temperature that impacts the device with a higher heating situation than the cooling down procedure.

What causes the thermal runaway?

Thermal runaway can happen due to an inner short circuit inside the battery. The effect also causes a pattern outside of the battery creating a sequence of chain responses. There are many reasons that can enable thermal runaway in a battery pack. Some of the reasons are given below:

Surrounding Temperature of the Battery

If the surrounding temperature of the battery is compromised that is above 77° F (25° C). In this case, the temperature reduces a battery’s potential to cool itself down. This increases the inner chemical response and accelerated drift charging current, similarly raising the battery temperature.

All of the objects have shelf life and lifecycle, if something is too old to function properly it will end in damaging the device. Batteries which are close to the end of the working life cycle are more likely to need a longer time to get charged. This increased time in the charging process reduces the potential of heat dissipation and increases heat-producing actions.

If something is continuously being charged over a long period it will result in a damaged internal of the battery. It will also reduce the working life of the battery to a great extent damaging its potential for heat removal.

What is the process of thermal runaway prevention?

One should always be aware of the working conditions of the batteries being used as regular monitoring will alert for the anomalies or issues that can arise after long working life. The monitoring will also provide insights into the faults and short circuits before making greater damage. It will negatively impact the charging voltage and increase the heating.

Taking care of the storage temperature of the battery

If the storage temperature is ambient it will highly affect the prevention of damage. One of the most effective approaches to save your thermal runaway is to keep batteries at secure temperatures. The perfect garage temperature for maximum lithium-ion batteries is 40-70 degrees.

Good ventilation is required for the battery

One of the very best approaches to hold a secure running temperature is proper and functioning ventilation of the battery compartment. All of the electronics had to control your battery device, plus the batteries themselves, generate heat. The enclosures of the electronic devices are designed in such a way that can hold and trap the heat and slow the heat dissipation process in absence of a good ventilation system.

Replacement of the old batteries

The battery needs to be handled in a manner that is safe and designed specifically for that very battery. The user needs to be careful while handling the battery. The replacements need to be done in the given time reducing the chances of damage and fire-related accidents. This is because chemical compounds and substances degrade over time.

An old battery that has not been charged or is undercharged can have gasses built up in the enclosures, if this happens then it is very highly likely to result in an explosion.

If the battery is swollen or bubbled up then it shouldn’t be charged in any case because the charging current can spark it and put it under the flames. Proper disposal of the deformed batteries needs to be done correctly.

The overcharging is a very big no

In case of the battery being overcharged, the electrochemical response will trigger the thermal runaway. The monitoring of the current of the battery while being charged is crucial for this reason.

The prevention of thermal runaway in lithium-ion batteries is needed. When the battery is pushed on the edge of its potential.

Thermal runaway and the resulting explosion were answerable for numerous excessive-profile injuries and product remembers over the last decade. Herein, the reasons for TR are defined, and novel preventative techniques are examined. Drawing near the hassle from unique angles via means of changing the inner shape of the battery to go through thermal shutdown or growing. The battery and thermal control structures to stumble on and save you TR. Ultimately, quite a few unique technologies are wanted to deal with the rising marketplace of incredibly specialized lithium-ion batteries